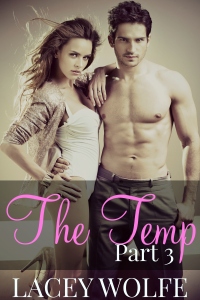 Determined to win back her trust, Dylan refuses to let Alice walk away from the lifetime of happiness he knows they can have together. Now that he’s found his match, he will do anything to earn her forgiveness, no matter how long it takes.

Still reeling from the shocking revelation of his past, Alice moves forward in her new position and leaves Dylan behind. Forgiveness isn’t in the cards after he betrayed the trust she reluctantly gave him.

But when confronted with the threat of losing the only family she has left, Alice finds herself longing to have someone to lean on.

Can Alice open her heart to the possibility of true love, or will her stubborn nature get in the way?

Dylan stood in the foyer, staring at her. His hair was a mess, his tie slung over his shoulders, and shirt untucked. Dark circles formed under his eyes. Serves him right.

“Alice. You’re here.” He came toward her.

She held a hand up. “Only for the morning. I’ll be starting my new position after lunch.”

He stood close and she could smell his musky after-shave. It tingled her senses, making her crave him. Agh, she could not think of him as anything other than an asshole. “I’m so happy to see you. Please, come in my office and talk to me.”

She rolled her eyes. “Absolutely not. We have nothing to discuss.”

He groaned and dropped his briefcase, it echoed through the lobby. “Yes we do, dammit! Let me explain. Please. We deserve that.”

His temper flared, as usual when he didn’t get what he wanted. “Deserve that? You lied to me!”

At least he wasn’t lying anymore. “There is nothing to talk about. I’ll just be here to help with the training.”

“No one’s coming. She quit already.”

She glared at him, unable to believe it. “Already?”

He sighed and fidgeted on his feet. His usual confidence was gone. “I was distraught, and yelled at her by accident when she dropped a cup of coffee on my desk.”

No surprise there. He got angry over the littlest things. “I see. Well, that isn’t my problem. I will be leaving at lunchtime, whether you have someone or not. Please, don’t make a big deal.”

“Will you at least talk to me?”

She didn’t want to. Talking would lead to feelings. She already saw he was a mess. There was no way she could listen to him proclaim his feelings and try to rationalize the situation and keep herself together. Not going to him now was hard with the way he stared at her with a deep sadness in his eyes. There was a part of her that wanted to hug him and feel his arms around her, and believe everything was going to be okay. But it wasn’t.

Lacey Wolfe has always had a passion for words, whether it’s getting lost in a book or writing her own. From the time she was a child she would slip away to write short stories about people she knew and fantasies she wished would happen. It has always been her dream to be a published author and with her two children now of school age, she finally has the time to work on making her dream come true.

Lacey lives in Georgia with her husband, son and daughter, their six cats and one black lab who rules the house.

Lacey is giving away a $5.00 Amazon GC during her tour. For a chance to win please fill out the rafflecopter.
a Rafflecopter giveaway