After the panel one of them asked me if I thought it was okay that she didn’t “really do” what I did, that she “only researched it.” I think she thought I might be upset that she was somehow not “authentic.”

My response was: “J.K Rowling was not a boy wizard, but that didn’t stop her from writing Harry Potter.”

Romance, as genres go, is very strongly driven by our fantasies and desires. I don’t think most of the women writing sheik romances were members of harems themselves, for example. Most of us have not traveled back in time to meet a Scottish highlander either. Even those who write about firefighters or MMA fighters or NASCAR drivers are usually not married to one. That shouldn’t stop us from fantasizing. There’s a reason it’s called fiction! It’s so crucial in romance that the fantasy element burn strongly for the writer and the reader. It’s okay to have fantasies and it’s okay to indulge them: that’s the best part of romance.

That said, I’ll note how wonderful it was that the women on that panel who didn’t have “hands on” experience with BDSM still felt it was important to get the details right, to research, and to honor the people whose stories they were sometimes borrowing. This is not a new thing. Bertrice Small, the pioneering romance author who wrote The Kadin and many other (scorching hot!) historicals in the heyday of the “Avon Ladies,” and who was honored with a lifetime achievement award at this year’s RWA national conference, did extensive historical research to write her novels. Rather than getting their bubble burst, the best writers find their fantasies enriched by their research. 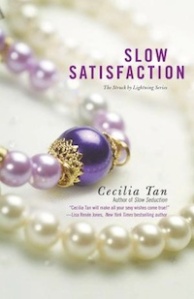 Book Excerpt:
James’s eyes were serious, even as his face and body were relaxed and languid post-orgasm. “Did I convince you to give me another chance?”

I considered. “You at least earned the chance to tell me what I don’t know.”

He took my hand in his, like he had so many times before. This time he kissed my fingertips, his eyes closing as he did. “I have a lot to tell you. More than any single interrogation might reveal.”

I squeezed his hand. “I shouldn’t have to interrogate you for the answers.”

He sucked in a breath. “No. Of course you shouldn’t. There’s so much I need to tell you if you’re really going to get to know me.” He reached up and traced the curve of my cheek with his fingertip. “Yet I feel like you know me better than anyone.”

His gaze shied away from mine. “Many of the facts are sordid.”

“I mean much more sordid than that.” Now his face had completely clouded over.

“I want to know, James. I need to know. I have a right to, if we’re going to be together.”

He nodded, though his eyes were closed. “I know. I agree. That still doesn’t make it easy for me to open up.”

I raised an eyebrow. “Except during sex.”

“As you well know. Were you serious about what you said before? I would sincerely give you a piece of my past for every time you give me…” He kissed my fingertips again. “Anything. Sex. Your body. Your submission.”

Even though we’d just had sex, I felt a thrill go through my loins. “I wasn’t suggesting it lightly.”

“I want to be sure. Sometimes we say things in the heat of passion that seem less than wise afterward.”

“But sometimes we get inspired.” This could be the perfect solution, I realized. “I know the time you’re the most open is when we have sex. That’s the time your answers will be the best. Of course, if we do this, I could still revoke my forgiveness at any time.”

“Of course. Just as you can revoke your consent at any time. I understand, Karina. It’s the Thousand and One Nights, only this time I’m Scheherazade, telling the stories.”

I touched his face with my fingers, feeling like a weight was slowly lifting from my back. Maybe we were going to make this work after all. The fact that he was willing to try so hard made a huge difference in how I felt. And I wanted him. The part of me that had been needing him and pining for him all summer was quelled by the knowledge we could do this.

I sat up and discovered I’d been lying on something. In the dim light I could still recognize what it was. “These look a lot like a pair of panties I used to have.”

“That’s because they are.”

“You’ve been carrying around my underwear?” I turned to look at him.

Lying beside me on the pillow, he wore a familiar expression: serene and a bit bemused. “You left them in the limo once. Did you think I’d throw them away?”

“I never really thought about it before.”

“If I left a pair of my underwear behind with you, what would you do?”

“Yeah, I see your point. I’ve got a handkerchief of yours I keep in the—”

His expression changed suddenly, his eyes widening and his lips parting in slight surprise. “That’s it, isn’t it?”

I felt myself blush even though I wasn’t keeping anything a secret. “Um, partly anyway. My roommate—”

“I know. I met her at the spa that day. Becky. She knew the Lord’s Ladies.”

“Yeah. And she got one of the handkerchiefs you threw from the stage at Madison Square Garden. It matched one I got from you.”

To my surprise, James smiled. He sat up and kissed me softly. “If I believed in fate, I’d say that was a sign. What are the odds?”

“And are they better or worse than the odds of being struck by lightning?”

His smile turned into a laugh. “Was that a pun?” In a flash he pulled my legs onto his lap, spanking me playfully several times. I couldn’t help it, it was like being ambushed by tickling. I kicked and giggled and shrieked.

I wriggled free, hug-tackled him, and ended up on top of him in the center of the bed, kissing him all over his face. “I’m still mad at you, you know.”

“She bought it for me today. She wants to meet you.”

“What have you told her about me?”

“That you’re rich and good-looking which is what she cares about most. My sister wants to meet you, too. They know you’re an art world type but that’s all.” I was coming to my senses a little, now that the intense pleasure of the orgasm was receding and the play-spanking had woken me up. “And if you’d really put the rock star stuff behind you, that’d be all they need to know. But that sounds like a big if.”

“A very big if.” He nodded slowly, his face sobering again into his usual mask.

That would not do. The biggest question he still hadn’t answered for me was the story of Ferrara Huntington. It was the biggest thing that I thought could still be a deal-breaker and send me out of here a single woman. I leaned down and nuzzled his neck, as if the subject were closed for now. He smelled delicious, igniting all my cravings again. I nibbled behind his ear. He arched under me, his cock not yet ready to harden again, but the rest of him responding just fine. He pulled me down beside him, kissing me back and exploring my neck with his mouth.

Hadn’t we just finished having sex? I felt my insides melting again though, my desire rising like a tide. Maybe my body felt we should make up for lost time.

Making out was nice and I enjoyed the feeling that we were in no hurry. When had we ever done this, kissed for the sake of kissing? I lost track of time. Minutes ticked by in my haze of affection, pleasure, and relief. Yes. We needed this kind of connection, too. Affection, exploring each other, letting chemistry take over.

My hands roamed his back, his sides, his hips, until one of them strayed between his legs and I sucked in a breath as I met the scorching hot stiffness there.

There was no reason to wait. There was so much we had to talk about. “You’re ready for more?” I teased. 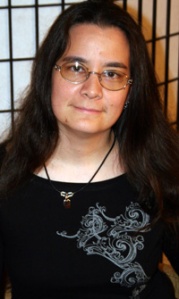 She lives in the Boston area with her lifelong partner corwin and three cats. 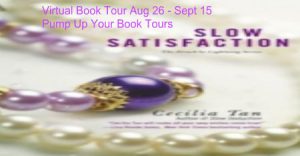